From Flying To Ground Handling

Working as a Senior Flight Attendant and Purser, I was trained to provide quality customer service and promote safety skills necessary in a variety of different fields. It was through my flying years that I have developed a passion for the Aviation Industry and was motivated to share theknowledge and contribute to the Industry. The transition from flying for Private Airlines to being an Operations Agent in RAS was a smooth one, as the general scope of the job is similar in ma

The outstanding student from ‪#‎RasAeroportTuzlaLrtz, ‪#‎MarinaCozma, also known as the youngest pilot in Romania, alongside her fellow students from Mircea cel Batran National College in Constanta, Matei Popovici and Andreea Stanciu, won first prize at "NASA Ames Space Settlement Competition 2015", a project for a space station called “Oberth Space Project” With the support of #RasAeroportTuzlaLrtz, ‪#‎RasRomania,‪#‎FlyGoVoyager and GREENLIFE Ecological Association they were

Once something is passion, the motivation is there. Happy birthday Elena Ene! 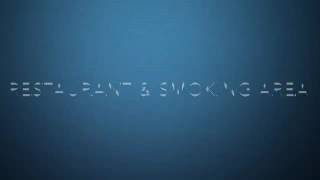 For us, Spring starts with a Martisor